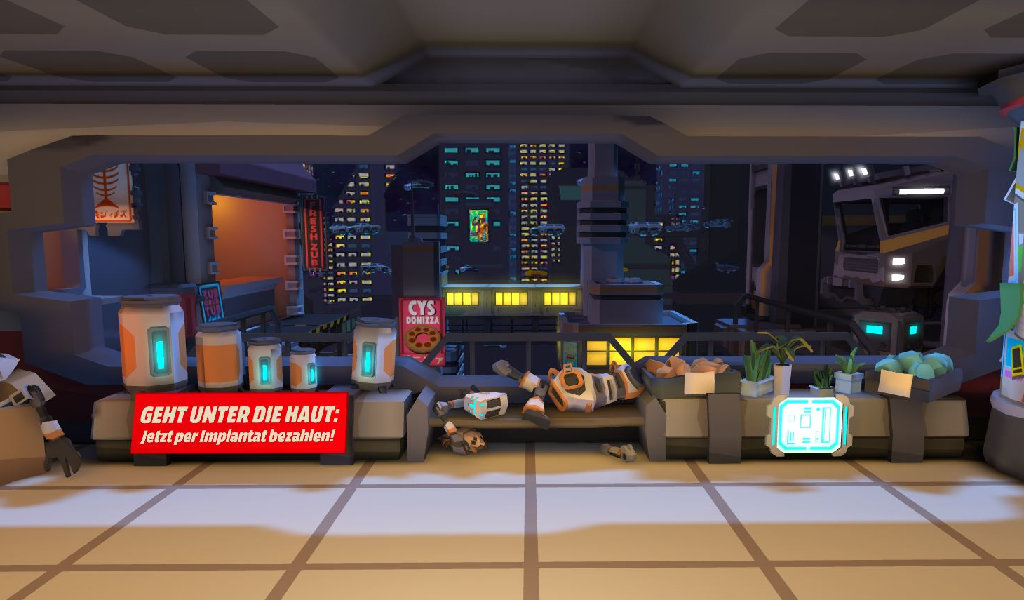 Space Shop VR is an multiplayer-VR game for which you just need 1 VR-headset.

Space Shop VR was a contract work for Media Markt at the Media Design Innovation Hub (MD.I Hub) where I was working as a programmer. Media Markt wanted a VR game that is played in a group of several people with just 1 VR-headset but is enjoyable for all players at the same time.

We did a design workshop at the MD.I Hub, where I came up with the idea that we could do a game where one player is the shop keeper in a sci-fi shop and the other players, must help him to translate the pantomime of the alien clients to sell them the correct items.

The clue is, that the VR-player has to imitate the pantomime of the aliens so the other players can translate it with the help of a handbook. So the handbook players can look at there friend doing quiet silly pantomime and solve the riddle of the translation. While they are solving the translation puzzle the VR-player is interacting with cute aliens and an amazing sci-fi world.

It is essential to the game that the VR player can’t memorize the translation rules and skip the communication with the other players. Because of this fact, we decided to procedurally generate all possible behavior patterns that our aliens can perform. This leads to up to a thousand different behaviors that one alien can perform to tell the player that it wants to buy a burger.