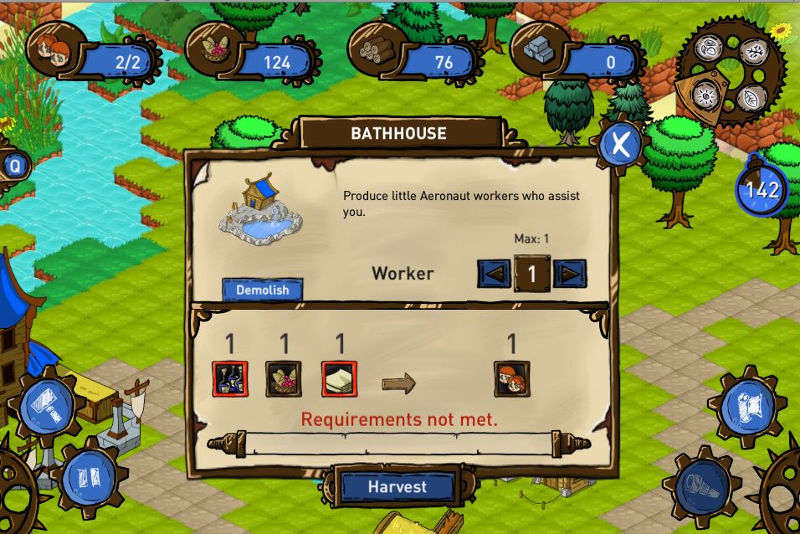 Aeronauts is the prototype of a settler like strategy game for mobile.

You are playing the crew of an airship that crashed on a flying island.

Now it’s up to you to help the crew to survive on this in hostile islands and to explore the surrounding islands to collect enough resources to build a new airship and flee! But be aware, the islands are inhabited and guarded by great anthropophagous bugs. No aeronaut that was brave enough to enter the island of the bug queen “Silva, Misstress of Bones” was ever seen again. Nobody would choose to visit this island if the bug shields were not an important part of the new airship.